Developers end 2018 on a cautious note 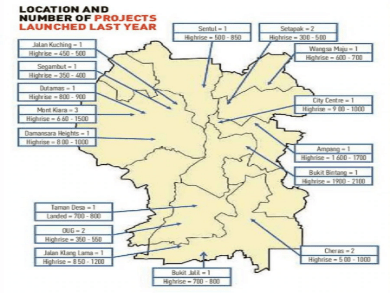 THE year 2018 appears to be a period where housing developers in Kuala Lumpur adopted a more cautious approach in launching new projects.

Based on the data compiled by us, we noted that there was a significant dip in the number of new projects launched in the first nine months of last year compared to the same period the year before.

Our records showed that there was a total of 36 new projects launched in the first nine months of 2017, but for last year, there was a drastic decline of about 42 per cent to just 21 new projects.

In terms of number of units, the drop was even more pronounced. Our records showed that there were 27,693 units launched in the first nine months of 2017, but the number declined to a mere 10,745 units in the same period last year, a drop of about 61 per cent.

The drop in the number of new launches is, however, not unexpected as there were a lot of uncertainties in the first half of the year leading to and immediately after the 14th General Election (GE14) and developers preferred to err on the side of caution.