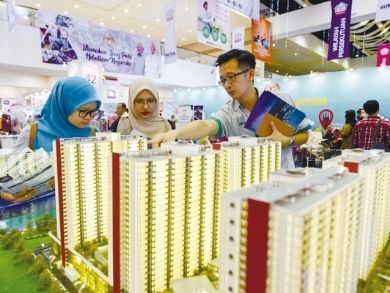 PETALING JAYA: About half (51%) of the 124 Real Estate and Housing Developers’ Association Malaysia’s (Rehda) members from Peninsular Malaysia plan to launch their projects in the first half of 2022 (H1’22), according to Rehda acting president Datuk NK Tong.

“Another 49% of respondents cited several factors (for not launching) including unfavourable market condition affected by Covid-19 and MCO, others such as delay in approval from the authority, a higher number of unsold stock, business constraints such as financing and operation, low demand in projects’ location, and lack of suitable product and landbank location,“ he told reporters today at the virtual media briefing of Rehda Property Industry Survey in the second half of 2021(H2’21) and Market Outlook for 2022.

“A total of 77% of the respondents with future launches were anticipating their sales performance at 50% and below. In regard to future launches, every state except for Kelantan and Terengganu will see new residential units priced between RM250,001 to RM700,000 to be launched in H1’22.

“We suggest three measures to boost sales including aggressive participation in networking, social media marketing and property portals, enhance product innovation and creativity, and use of virtual technology for tour and showroom as a marketing tool,“ he said, adding that the outlook for 2022 is neutral, but respondents are more optimistic for H2’22.

The survey shows that more than 60% of respondents deemed the government should focus on increasing access to house financing and managing housing construction costs under the 12th Malaysia Plan to maximise the impact on the property industry.

The Rehda Property Industry Survey H2’21 showed an increase in sales performance in H2’21 from H1’21. However, there was a decline in units launched. Respondents anticipated the sales in H1’22 would be subdued, with higher optimism for H2’22.

“Majority of these units were residential, totalling 10,631 units priced between RM250,001 to RM700,000. The most popular types of houses are two- and three-storey terrace houses with 3,165 units sold, most of them located in Seremban. This is followed by apartment or condominium and serviced apartments amounting to 2,909 units and 2,363 units respectively.

“Despite the lower number of launched units, sales performance reported an 11% increase from 39% to 50% (H2’21: 5,303 units; H1’21: 4,540 units), with only 22 of them comprising commercial units (H1’21: 121 commercial units). The top performers type-wise were similar to the launched units, namely two- and three-storey terrace (2,213 units) mostly located in Seremban, apartment or condominium (961 units) and serviced apartment (804 units). Most of those properties were purchased by first-time buyers. Most were buying for self-dwelling,“ it noted.

A total of 64% of respondents with unsold units said their units were completed more than two years, citing loan rejection, low demand or interest, and unreleased bumiputra units as the top three reasons.

A total of 79% of respondents remarked that within the period under review, overall costs of doing business have increased up to 18%, the highest over the past five years.

“Meanwhile, 96% of respondents reported being affected by the current economic scenario. The top three components affecting cash flow were material and labour costs, compliance costs as well as financing and land costs which shared the number three spot,“ it noted.