REHDA Selangor > Weekly Industry News > News > REHDA predicts slow performance for first half of the year, optimistic about second half

REHDA predicts slow performance for first half of the year, optimistic about second half 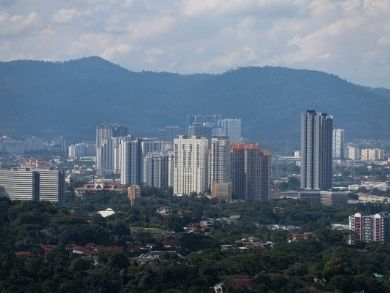 KUALA LUMPUR, March 15 — The Real Estate and Housing Developers Association Malaysia (Rehda) today said that the first half of 2022 (1H 2022) would be subdued for the property sector due to the Covid-19 Omicron breakout, but show higher optimism for the second half of the year (2H 2022).

During a media briefing today analysing Rehda’s latest property industry survey, acting President Datuk NK Tong said there was an increase in sales performances of properties in the second half of 2021 (2H 2021) as compared to the first half of the year, but noted that there was a decline in newly launched properties.

“While this is a voluntary survey that attracted 124 respondents from our membership base of over 1,500 and therefore will not capture the full statistics, it nonetheless serves as a useful guide and a good reflection of the sentiment in the property industry.

“While the results do reflect the challenges faced by the industry, I am encouraged by the improving sentiment and outlook in the second half of 2022, as developers put behind the pandemic of the past two years to focus on our nation-building efforts of housing the rakyat,” he told reporters this morning

“In terms of house types, two to three storey terrace units proved to be the most popular at 3,165 units mostly located in Seremban, followed by apartment or condominium and serviced apartment at 2,909 units and 2,363 units respectively,” he added.

“First-time buyers maintained their position as the highest number of purchasers albeit some drops in percentage. Most were buying for self dwelling,” he said.

The survey also noted that 54 per cent of respondents who have unsold units have less than 30 per cent unsold units.

Tong said the reasons for these loan rejections are low demand and interest and unreleased Bumiputera units.

As for business operations, Tong said that 79 per cent of respondents remarked that within the period under review, overall costs of doing business have increased up to 18 per cent, the highest over the past five years.

He said that the top three components affecting cash flow were material and labour costs, compliance costs as well as financing and land costs which shared the number three spot.

For this survey, 124 respondents consisting of Rehda members from all over Peninsular Malaysia took part in its latest iteration.