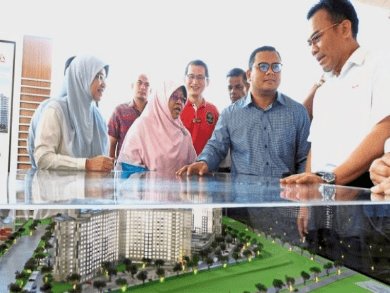 SELANGOR aims to make available some 30,000 units of affordable homes within the next five years, says Mentri Besar Amirudin Shari.

He said the state, through its various agencies, was in the midst of planning and building 24,869 units scheduled to be completed by 2025.

“So far, we have handed over the keys for 3,770 units to the people of Selangor.

“The rest will be built under the Selangor government’s Rumah SelangorKu initiative,” he said during the launch of the Rumah Selangorku Idaman Residensi in Section 6, Selangor Cyber Valley, Cyberjaya.

He added that this was also in line with the Housing and Local Government Ministry’s (KPKT) policy of achieving One Million Affordable Homes by 2028.