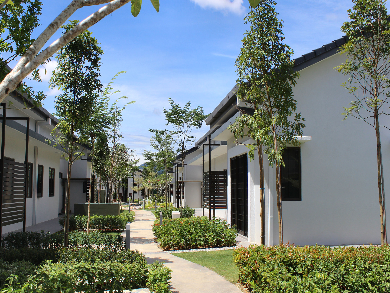 The topic of senior living has been widely discussed in Malaysia over the last decade. The National Policy on Senior Citizens defines senior citizens as those aged 60 and above, and there has been a proposal by the National Senior Citizens Advisory and Consultative Council last year to amend the definition to 65 and above.

Raine & Home International Zaki + Partners Sdn Bhd associate director James Tan notes that while Malaysia is fast becoming a developed nation, it will also become an ageing nation by 2030, with 14.2% of the population being senior citizens. The figure will increase to 23.1% by 2050, owing to the increase in the life expectancy rate with the help of modern medical treatments.

“The past 10 years have seen a change in Malaysia’s age structure.The share of the population between 0 and 14 has been decreasing steadily, while the inverse is true for those aged 65 and above. The average age of the Malaysian population has reflected this trend, and is expected to reach 34.1 years in 2030, up from 28.2 in 2015,” he says.