KPKT aims to clear half of PR1MA houses by June 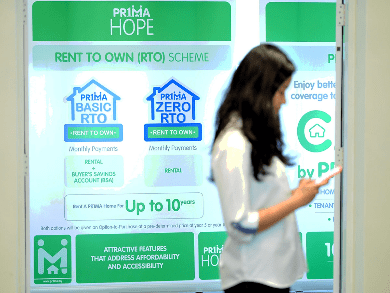 The Home Ownership Campaign (HOC), which will continue its run until June, is expected to clear off more than 50% of the houses offered by government-owned company 1Malaysia People’s Housing Programme (PR1MA).

Housing and Local Government Minister Zuraida Kamaruddin said almost 25% of the houses under PR1MA’s projects — both completed and under construction — that are showcased at the HOC have already been taken up.

The six-month campaign, which started in January, offers more than 42,000 residential units from various projects.

“We aim to achieve about 50% to 55% of bookings for PR1MA houses before the HOC campaign concludes in June. The remaining units may have a slower take-up rate as they are in the outskirt areas,” she told a press conference in Putrajaya yesterday.

The campaign is part of the Ministry of Housing and Local Government (KPKT) and private developers’ efforts to alleviate the nation’s property glut worth more than RM20 billion.