Govt hopes for discounts of  up to 20% at home campaign 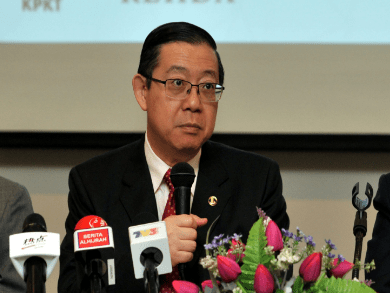 Property developers are being asked to offer discounts of up to 20%, doubled what was committed for the Home Ownership Campaign (HOC), in order to clear the RM20 billion worth of backlog in the housing market.

Finance Minister Lim Guan Eng said the effort is in line with the government’s mea-sure to tackle the overhang in supply, but also improve homeownership for the public at large.

In March, the Ministry of Housing and Local Government (KPKT), and the Real Estate and Housing Developers’ Association (Rehda) intend to co-host the public-private HOC, which is expected to showcase some 30,115 units of unsold homes worth RM22.5 billion nationwide.

“Rehda said they are going to start the campaign by March 1, while developers are expected to advertise their old selling price compared to the discounted one. I hope they would not only offer a 10% discount (the floor percentage that was set in the initial stage), but increase the discount to about 15% or 20%. That would make it,” Lim told the press in a media briefing of HOC Malaysia Property Expo (Mapex) in Petaling Jaya last Thursday.

Prime Minister Tun Dr Mahathir Mohamad is expected to launch the HOC Mapex on March 1. About 180 booths would be filled by Rehda members for the three-day event.