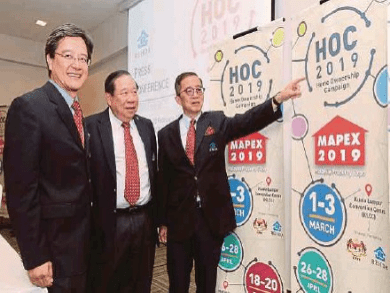 At least 26 private developers have confirmed that they will offer 17,348 houses worth a total of RM11.8 billion at the Home Ownership Campaign (HOC) 2019 expo, here, this weekend.

HOC organising committee chairman Datuk N.K. Tong said another 25 developers were still tabulating the value and number of properties they were planning to offer at the expo.

Tong said the expo had 180 booths and majority had been booked by 51 developers which will showcase a wide range of residential properties.

“The confirmed RM11.8 billion worth of properties are from 26 developers. We have not included the remaining 25 developers, and also those that will be offered by government agencies,” he said at the HOC 2019 media update yesterday.