Mohd Azizi to report at PKNS on March 15 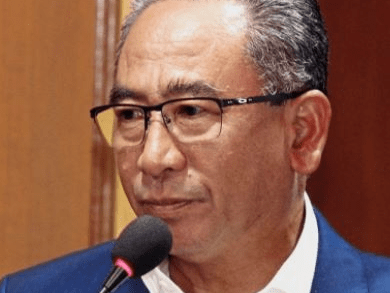 ETALING Jaya mayor Datuk Mohd Azizi Mohd Zain will take up his new post as Selangor State Development Corporation (PKNS) chief executive officer on March 15. He was, however, unable to say who will be taking his place.

“I received my appointment letter last week and will be starting work on March 15. My last day as mayor will be on March 14. I received a two-year contract to serve as PKNS chief executive officer.

“More importantly, I am excited to share my knowledge gained through my various experiences in the state, such as the Selangor State treasurer for four years since 2009, Selayang Municipal Council president as well as Petaling Jaya mayor. I also served the Federal Government before,” Mohd Azizi said in an interview.

“I am excited about my new job partly because I feel honoured to be chosen by Selangor Mentri Besar Amirudin Shari to shoulder this new responsibility.