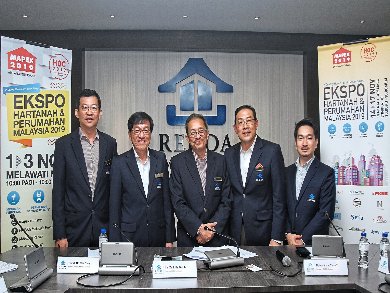 THOSE looking for incentives or exemptions in property sales can visit the final mini-expo under the Malaysian Property Expo (Mapex) banner.

The expo is in line with government efforts to boost home ownership with the Home Ownership Campaign (HOC) 2019, launched in March and tabled under Budget 2019.

Speaking at a press conference, Real Estate and Housing Developers Association Malaysia (Rehda) Selangor branch chairman Zulkifly Garib said sales of properties that qualified for the government-supported incentives under the campaign had gained momentum since the launch of the HOC, which would end on Dec 31.

“More than 11,000 units generating RM7bil in sales has been recorded, and this is above the HOC target of RM3bil nationwide, ” he remarked.