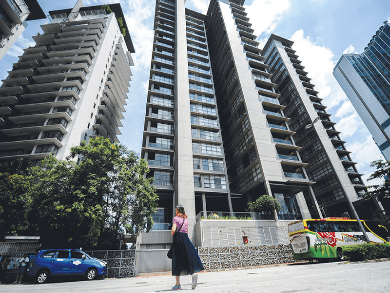 APPROVED mortgages in Malaysia’s banking system hit a near five-year high in July this year at RM11.12 billion, largely driven by sales from the Home Ownership Campaign (HOC) and an accommodative monetary policy.

The last time loans approved for purchase of residential property breached the RM11 billion mark was in December 2014 with RM11.37 billion worth of mortgages approved, according to data from Bank Negara Malaysia.

The spike is likely due to the HOC, a nationwide campaign launched in January this year with the aim of increasing home ownership among Malaysians, while reducing the country’s property glut.

The campaign was initially set to run for just six months, but it was extended by another six months due to popular demand from homebuyers and developers. It includes incentives such as discounts and stamp duty exemptions.

“To some degree, the HOC could play a role since the scheme was extended from June to December this year. I suppose the momentum is still there to support the growth of house financing,” Bank Islam Malaysia Bhd chief economist Dr Mohd Afzanizam Abdul Rashid told The Malaysian Reserve (TMR).