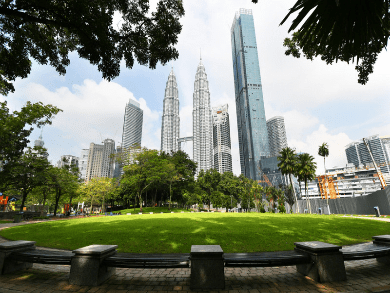 Land prices in Kuala Lumpur seem to have declined f r om a year ago, following the move to cap plot ratios in accordance with the newly gazetted Kuala Lumpur City Plan 2020 (KLCP 2020), property experts say. But the extent of its impact is likely be influenced by factors such as location and incentives.

Generally, land value is only as good as the plot ratio it is able to get. Plot ratio determine the density of buildings and in deciding them, the local authorities will look at matters such as existing infrastructure and density, traffic flow and road access to the area. Typically, a taller building means a higher density/ plot ratio.

While the maximum plot ratio varies f r om parcel to parcel, that of the KL city centre appears to be 10.